For more than 30 years J. Douglas McElvy has pursued truth, honor, and dignity in his practice of law. He has served as the Alabama State Bar President (2004-2005), he is a certified mediator by the American Academy of Attorney Mediators, and he is a graduate of and has also been an adjunct professor at the University of Alabama School of Law. McElvy is admitted to practice before all Alabama courts, all Alabama Federal District Courts, the 11th Circuit Court of Appeals, and the U.S. Supreme Court. A Biographical Sketch

Douglas McElvy earned a bachelor of science from the University of Alabama with a major in accounting, and graduated from the University of Alabama School of Law in May of 1971. He was licensed by the Supreme Court of Alabama to practice law in August of 1971. After graduation from law school, McElvy clerked for Judge Charles Wright, chief judge of the Alabama Court of Civil Appeals. He then directed and was the sole attorney for a legal services clinic for the poor in Lee County, Alabama. Following this, he accepted a staff position with the Center for Correctional Psychology at the University of Alabama, where he taught juvenile justice, corrections, and related courses, and was involved in planning for correctional systems.

McElvy was elected vice president of the Alabama State Bar and served a fourth term on the Executive Council at the request of President Fred Gray. In June 2003, McElvy was elected President-elect of the Alabama State Bar, and served as President from July 2004 to July 2005. During his tenure as Bar President, McElvy was instrumental in starting the Chief Justice’s Commission of Professionalism, which encourages lawyers and judges to exercise the highest levels of professionalism in their relationships with clients, other lawyers, the courts and the public. In August 2007, Chief Justice Cobb asked him to serve as Vice-Chairman for the Commission.

During McElvy’s tenure as bar commissioner, he was extensively involved in numerous committees and projects with the State Bar. Some of these include serving as liaison to the Alabama Supreme Court, on the Alternative Dispute Resolution Committee, on the Character and Fitness Committee, and as a panel member on the Disciplinary Board, Panel IV. In addition, he helped develop and acted as a mediator on the Committee on Resolution of Fee Disputes. McElvy was elected to the Alabama Law Foundation Board of Trustees, which oversees investment of IOLTA funds and evaluates and approves grants for the IOLTA funds. He was also elected a Fellow of the Alabama Law Foundation. He was elected to the Board of Trustees of the University of Alabama Law School Foundation, which oversees the University Law School Foundation funds and activities.

In addition to McElvy’s work with local and state bar associations, he is also a certified mediator, being certified by the American Academy of Attorney Mediators. He has served for years as a lecturer for Continuing Legal Education programs, sponsored by the Alabama Bar Institute for Continuing Legal Education and the University of Alabama School of Law. He has been an adjunct professor of law at the University of Alabama Law School and currently teaches Alternative Dispute Resolution and Trial Advocacy for Oak Brook College of Law and Government Policy. He has also been the past president of the Christian Legal Society of Alabama.

Active in many community affairs, McElvy was a graduate of Leadership Tuscaloosa, and has also served on the Steering and Planning Committee of Leadership Tuscaloosa. He was elected to the Board of Directors of the Chamber of Commerce of West Alabama and also served as vice president, chairing the Governmental Affairs Division. He was awarded the Distinguished Service Award by the West Alabama Chamber of Commerce in 1989 and was named the Member of the Year in 1990. For ten years he served as the vice chairman of the Zoning Board of Adjustment for the City of Tuscaloosa. He serves on the Board of Directors for Legal Services Corporation of Alabama. He supported the West Alabama Area American Cancer Society by chairing its Cancer Crusade and sitting on its Board of Directors and was formerly on the Board of Directors for Big Brothers/Big Sisters of Tuscaloosa County. McElvy also helped initiate the Tuscaloosa Coalition for Character and was appointed by the mayor of the City of Tuscaloosa as the chairman of the City of Tuscaloosa Coalition for Character. This initiative has been responsible for many public projects, promoting good character among citizens of Tuscaloosa, as well as initiating character education in the public school system in Tuscaloosa. He currently serves on the Board of Directors for the Character at Heart “Kiwani Club” in Montgomery, AL. He is an active member at First Baptist Church Montgomery, serving both as a deacon and a board member of FBC Community Ministries. McElvy practiced in Tuscaloosa, Alabama, for 25 years with the firm of McElvy & Ford, PC, which he co-founded in 1977. The McElvy family relocated to Montgomery, Alabama, in December 2002, where he now practices law. 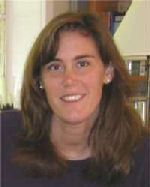 Elizabeth Wible is Of Counsel with the firm and practices in areas of Civil litigation and Civil Appeals. She has been a member of the Montgomery County Bar Association, Grievance Committee since 2001. She serves clients throughout the state in civil litigation, conflict resolution and mediation.